NM Universo contacted Ryan today to congratulate him on his success and this is what he had to say:

“When I found out that “Soulfully” charted on Billboard, I experienced a lot of emotions. Excitement, happiness, pride, gratitude…

However, I think the strongest emotion I felt was accomplishment. I’ve sacrificed so much for so long to earn my dream. I’ve forgone relationships, steady jobs, money and at times, my inner peace; all in an effort to get my music heard.

The sacrifices will continue, I’m sure. But so will the earnings…”

From Ryan’s Facebook post today: Thank you to everyone who helped make this record a success. From the musicians, stations, supporters, friends and family members, your support means more to me than you may know 🙏🏼

Ryan Montano shares his story, as he tells us where his musical artistry came from.

Music is something that has always been a part of the lives of my family. My Dad is a guitar player and singer. My 7 siblings all played music in some capacity. Music is what we do, so it was natural for me to continue our family heritage. I started singing when I was 5 or 6, graduated to the recorder when I was in the 5th grade, picked up the trumpet when I was 11 and have been playing it for 22 years. As for awards that I’ve received as a musician, I try not to get too caught up in titles and accolades. While I am appreciative and grateful that they’ve been awarded, it’s more important for me to pursue music with honesty and integrity, all while using whatever success I’ve earned to help others, especially my fellow musicians and artists in New Mexico.

Why did you choose to pursue a music artist career?

I honestly don’t think I chose to pursue music. Rather I feel that I was called to be a musician. From the opportunities that have presented themselves to the songs I write that seemingly manifest themselves out of nowhere, my experiences in music have been too serendipitous to consider them a result of my “choices”. Music is something for which I have a lot of reverence and respect. I feel it’s my responsibility to approach whatever musical endeavor I pursue with hard work and honesty, giving each endeavor 100% of my abilities.

Tell us about your latest recording.

My latest recording is called “Soulfully“. It was written and produced by Grammy-award-winning producer, saxophonist and songwriter Darren Rahn and myself. My friend and Billboard-charting saxophonist Phil Denny also added his saxophones to the track. The response and success of this track has already made “Soulfully” one of my most commercially successful songs to date. It has been picked up by Sirius Satellite radio and (as of the writing of these responses) is one position away from making it onto the Billboard contemporary jazz charts. One of the aspects of the song of which I’m most proud is the fact that the musicians and crew playing on the track are from New Mexico. It features Artha Meadors on the bass, Steve Figueroa on the keys, Nick Fowler on the guitar, Paul Palmer III on the drums and David McCrae as the recording engineer. It bothers me when I hear local musicians and artists say something to the effect of “It’s only Albuquerque, you can’t make it out of here.” or “So-and-so is doing okay but they’ll never make it out of New Mexico.”. I think that kind of mentality is not only a losing one, but inaccurate and self-defeating as well. “Soulfully” is undeniable proof that those narratives are antiquated. We’re doing things in the music industry on a national and international level, right here from our own backyard.

What are your future goals in your music career?

I have so many goals I’m working to accomplish for my career right now. First and foremost is to continue to write songs that are honest, well-produced and can positively impact the listeners and the musicians who are a part of them. I want to release a few big band recordings and well as a latin jazz EP before the end of 2020. At the end of the day, I feel one of my strongest callings is to help the musicians and artists of New Mexico. I have travelled and lived in many different “music” cities across the country. Nashville, Los Angeles, Austin, Hawaii etc…I feel that Albuquerque CAN be one of the best places for a musician to make a living. It will take hard work and a shift in mentality, but it is absolutely possible. I will continue to work to be a catalyst for that change in however small or large of a capacity the industry and my resolve will allow. 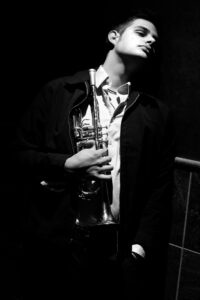 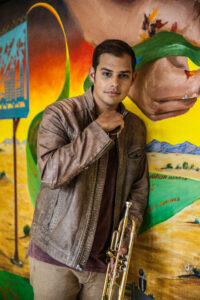 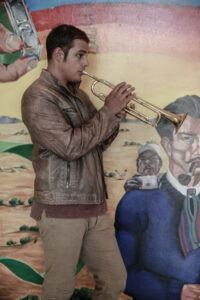 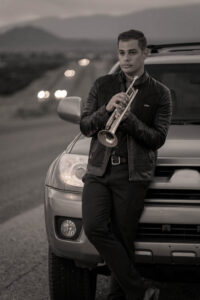 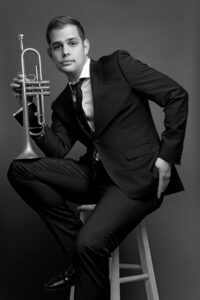 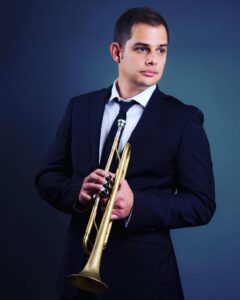 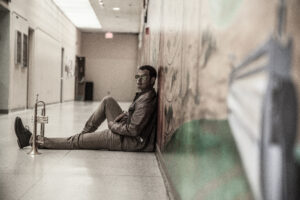